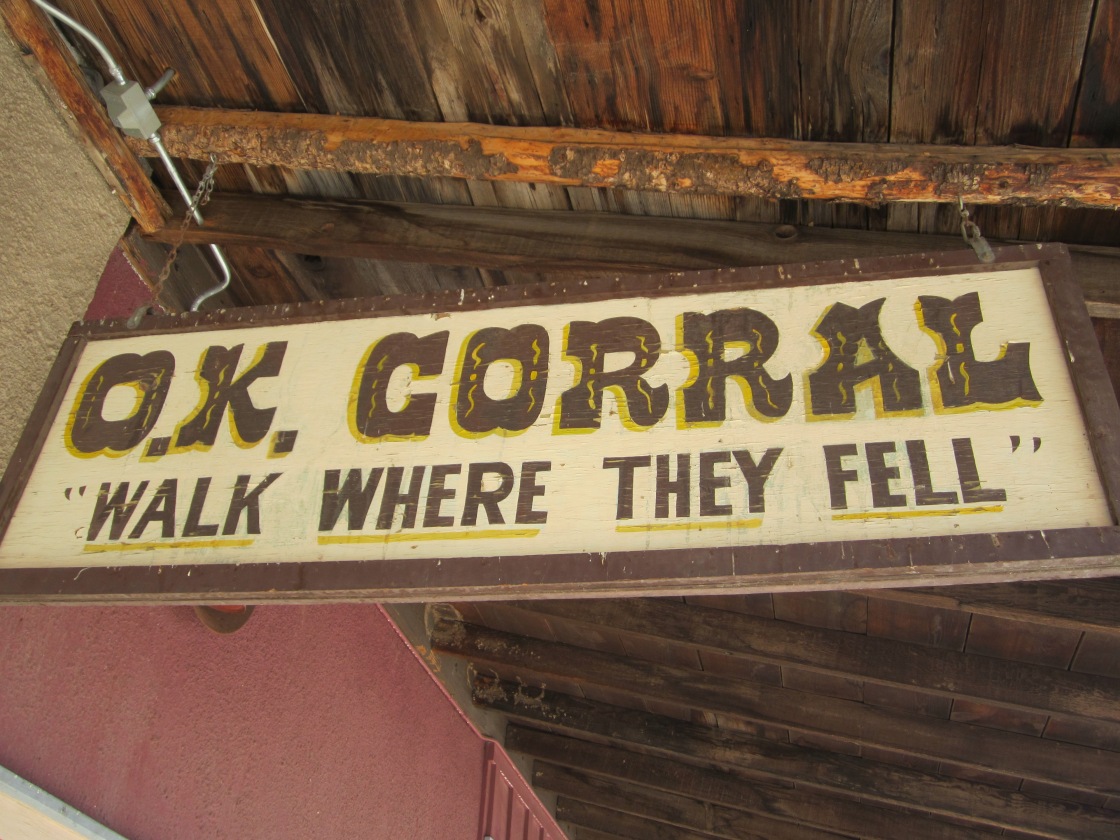 Anyone who is interested in the old west has heard of ‘The town too tough to die’ of Tombstone. Originally settled in 1877, it became one of the largest boomtowns in silver mining in the country. And with the promise of silver, the city drew thousands of people in hopes of striking it rich. But with so many people flooding towards this small town, tensions soon surfaced. It was here that then legendary Eurp brothers along with Doc Holliday held their gunfight against the cowboy outlaws. Even though the movie portrayals of this gunfight have it at the OK Corral, the truth is they fought in an empty field outside of town. Only 10 years after the settling of Tombstone, a fire broke out and destroyed the pumping plant which was a key element in the mining. The city became a ghost town, but managed to survive because it was the county seat. These days Tombstone draws a lot of tourists as they come to see reenactments of the gunfight at the OK Corral and get a small taste of life in the old west. It gives someone a small feel of being too tough to die themselves.

Misty morning walk along the snowy greenway this morning was so lovely!
A day spent in Smoky National Park makes for a great day
Winter walk at Fall Creek Falls State Park is nothing short of stunning!
Nothing better than getting up close to some beautiful kangaroos at the zoo
A perfect cloudy day and a lovely walk at Tims Ford State Park
Explored around Lost Dutchman State Park today wishing we could come back to see it with all the wildflowers of spring
Beautiful saguaros of beautiful Arizona 🌵
When an old train station is converted into a group of shops and a hotel uou get the Chattanooga Choo Choo. I loved walking into the now hotel lobby but seeing all the charm and chater of the train station it use to be @chattanoogachoochoohotel
Oh beautiful goddess Athena...wait a minute, Im not in Greece...this must be Nashville! Visiting Nashvilles parthenon complete with 50 foot tall golden Athena with Nike in hand. @nashvilleparthenon
Thank you Missouri for our first snow weve had in 2 years! We spent a cold and joyous morning in the snow❄